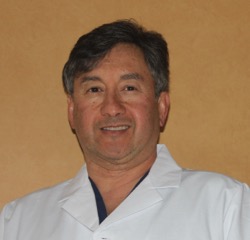 Dr. Nogueira is committed to helping create beautiful smiles for his patients. Dr. Nogueira earned his dental degree from the University of Pennsylvania in 1984 after receiving his bachelor’s degree in biology from Providence College. He completed his general practice Residency at the Brockton VA Medical Center, with additional studies at the Spear Institute for Advanced Dental Education, The Dawson Center for Advanced Dental Study, as well as completion of the Mastership program of the Academy of General Dentistry (MAGD), the highest level attainable. They have helped Dr. Nogueira stay up to date on the most current dental procedures in order to offer his patients the highest quality of care.

In addition to mastership in the Academy of General Dentistry, Dr. Nogueira also has a fellowship in the Pierre Fauchard Academy by invitation of his peers for his outstanding contributions to the profession. He is also a member of the American Dental Association, the American Academy of Cosmetic Dentistry, the Seattle Study Club, the New England Masters’ Study Club, the Rhode Island Dental Association, and was a past president of the Newport County Dental Society. Dr. Nogueira has been voted as one of the Top Dentists in Rhode Island as published in the Rhode Island Monthly magazine.

Dr. Nogueira is dedicated to continuing education and attends numerous conferences and classes each year as he remains committed to providing his patients with the highest quality of care.

Dr. Nogueira and his wife Leslie, have 3 children – Ryan, Warren, and Jocelyn. When he’s away from the office, he enjoys sailing, fishing, and music. 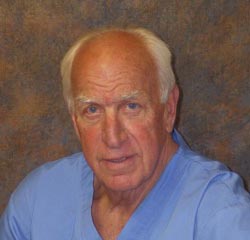 Dr. Ruel previously owned a private practice specializing in advanced reconstructive dentistry (prosthetics) in New Bedford, Massachusetts from 1976 to 2010. He now practices in Portsmouth, RI in his new office space at Aquidneck Dental. In addition to treating his patients, Dr. Ruel has a busy schedule lecturing other dentists across the country in Restorative Implant Dentistry.

Dr. Ruel received his B.S. in biology from Boston College in 1970 and his D.M.D. from the University of Pennsylvania in 1974. He was also awarded his Certificate in Prosthetics and Master of Dental Science from the Boston University School of Graduate Dentistry in 1976

Dr. Ruel is a member of the American Dental Association, the American College of Prosthodontists, the Academy of Osseointegration, the Massachusetts Dental Society, and the Southeastern Dental Society. Dr. Ruel serves on the advisory board, acts as a mentor and lectures across the country for Biomet 3i.

Dr. Ruel and his wife, Joan, have 2 sons, Jon Jr. and Jason. They are the doting grandparents of four grandchildren - Jackson, Willow, Fiona, and Harry.. His hobbies include golf, boating, and cooking.

Dr. Warren Nogueira received his DMD degree at Tufts University School of Dental Medicine in 2019 after obtaining a bachelor’s degree in Biology from The College of the Holy Cross.  Upon completion of his doctorate he went on to pursue a residency in the Advanced Education in General Dentistry program at the Providence VA Medical Center.  Dr. Nogueira is an active member of American Dental Association, the Academy of General Dentistry and the Rhode Island Dental Association.

During his time as a practicing dentist, Dr. Nogueira has kept up-to-date with the most recent dental technological advances, research and procedures. He frequently attends conferences to learn new techniques and participates in hands on training. Dr. Nogueira is a devoted dental provider who looks forward to treating his patients with compassion and providing the highest quality of care.

Dr. Nogueira is excited to be working with his father at Aquidneck Dental to share a new perspective and learn from his most valued mentor. He is grateful to be returning to where he grew up to serve the patients in his hometown. In his free time Dr. Nogueira enjoys hiking, photography, golfing, fishing and spending time with his friends and family.

We are now accepting new patients of ALL AGES. We cannot wait to meet you & your family here at our practice. Contact our office today to schedule your appointment.

You can find out more about which cookies we are using or switch them off in settings.

This website uses cookies so that we can provide you with the best user experience possible. Cookie information is stored in your browser and performs functions such as recognising you when you return to our website and helping our team to understand which sections of the website you find most interesting and useful.

Strictly Necessary Cookie should be enabled at all times so that we can save your preferences for cookie settings.

If you disable this cookie, we will not be able to save your preferences. This means that every time you visit this website you will need to enable or disable cookies again.